Members of Parliament across the political divide have maintained that the ongoing relief food distribution caters for the entire country.
The matter was brought to the fore after the Bukonjo County West Member of Parliament, Hon. Atkins Katusabe, raised concern about the Prime Minister, Dr Ruhakana Rugunda’s disregard for the House’s directive to halt the food distribution.
Katusabe, raising a point of procedure during the plenary on Tuesday, 7 April 2020 chaired by Speaker Rebecca Kadaga, said that it was wrong for the Prime Minister to ignore the directive of the House and kick-start the food distribution in Kampala.
“Last week, Madam Speaker made a directive to halt food distribution until there was a clear plan of distribution for the whole country. The Prime Minister instead disregarded your directive and went ahead to distribute the food over the weekend.  If we do not act now then the public will take the House as a joke,” Atkins said.
Dr Rugunda last week, while updating the House on the state of the COVID-19 said that the distribution of food would start on Saturday, 4 April 2020 with six kilogrammes of maize flour, three kilogrammes of beans and packets of salt to each recipient.
The state minister for disaster preparedness and refugees, Hon. Musa Ecweru, said his ministry is mandated to pick up distress calls across the country and make necessary life saving interventions.
“We can all agree that the magnitude of the challenges associated with the COVID-19 are enormous and therefore, present a great challenge to the country. Government reorganises the severe impact of the lockdown that was instituted on all the people especially those who live on hand-to-mouth in all the districts in the country,” he said.
He added that by the magnitude of the situation, they found it wise to commence the distribution with slum dwellers, hospitals, special needs homes and orphanages in Kampala, Wakiso and Mukono districts.
“These are special cases that have zero options and so we decided to intervene knowing that any delay would have caused loss of lives,” Ecweru added.
However, the Leader of the Opposition, Hon. Betty Aol Ocan, said that the slums were not only found in Kampala but all over the country.
“We are all aware that there are slums in other towns and municipalities and cities to be and not only in Kampala. What about the other cities? You captured special needs children. What about the children with the nodding syndrome? They are not covered; are you being fair? Ocan asked.
The Kampala Central Division Member of Parliament, Hon. Muhammad Nsereko, said that even in Kampala, the homes were elective.
“Where the intervention was made, they selected only 100 homes per parish. The women breastfeeding were asked to get milk from hospitals and yet the people living in Kampala who are in need, do not only stay in the slums. Therefore, the intervention should be honest and transparent to all those people who need it not just a selected few,” Nsereko said.
Hon. Remigio Achia (NRM, Pian County) said that it was unfair to ignore the people upcountry on pretext that they have farming land.
“Food distribution should cover the whole country because the country has had a dry spell and the fields were not tilled. So where are the people upcountry going to find food if the relief is only based in Kampala and Wakiso?” Achia asked.
Ecweru said that despite the inadequate resources that have posed a challenge to the food distribution, deserving persons who had not been captured would be considered starting on Thursday, 9 April 2020.
During the sitting, Parliament also approved the Supplementary Expenditure Schedule No. 2 for the Financial Year 2019/2020. Shillings 284 billion of the funds approved will be channelled to cater for the costs of fighting Covid-19. 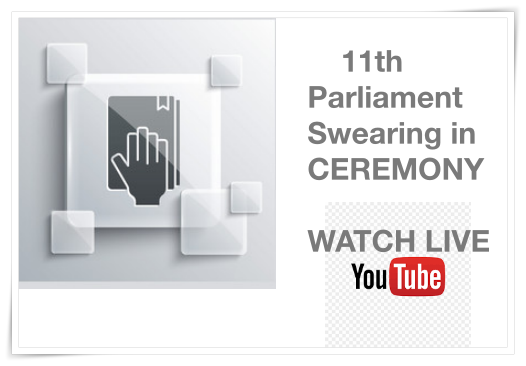