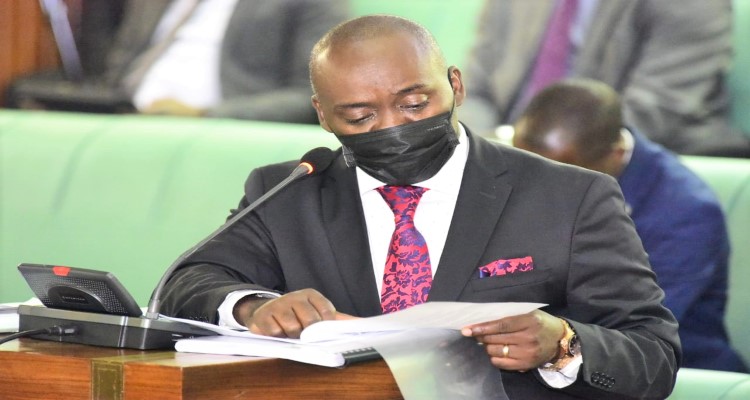 The Public Accounts Committee (Central) has lauded Kabale University for compliance, six years after metamorphosing from a private to a public university.

The accountability committee chaired by Hon. Medard Sseggona, on Thursday, 22 September 2022 expressed satisfaction with the operations of the university in terms of compliance, budgetary performance including revenue collection performance, and funds absorption.

Kabale University management led by the University Secretary, Johnson Munono, was appearing before PAC to respond to queries raised by the Auditor General in the Financial Year 2020/ 2021 report.

During the meeting, the committee sought responses to key issues raised by the Auditor General that among others included; accumulated receivables of Shs3.1 billion resulting from outstanding fees that are not collected and long outstanding payables of Shs1.8 billion as of 30th June 2021.

Munono said the decline in fees collections was due to the second lockdown of June 2021 instituted by the President to mitigate the spread of COVID-19 pandemic.

“However, when the universities opened, out of the outstanding receivables of Shs3.1billion, a total of Shs2.7 billion was collected by the close of the Financial Year 2021/2022 which accounts for 88.6 percent collection,” said Gad Twesigye, the University Bursar.

The uncollected 11.4 percent of the fees are a result of students who had enrolled but dropped out due to the effect of COVID-19 that had a financial toll on parents.

“We now have a policy where you do not sit for exams without paying fees and arising from that, we were able to collect the Shs2.7 billion out of the target of Shs3.1 billion; but you cannot rule out that some of the students dropped out,” Munono said.

According to Twesigye, the long outstanding arrears of Shs1.8 billion relate to domestic arrears that were inherited by the University from the private dispensation and that Shs1.5 billion has since been waived by Uganda Revenue Authority (URA), while the balance has been agreed upon to be paid by the Permanent Secretary/Secretary to the Treasury.

Founded as a community university in 2002, Kabale University was transformed from a private to a public University under Statutory Instrument No. 36 of 16th July 2015.