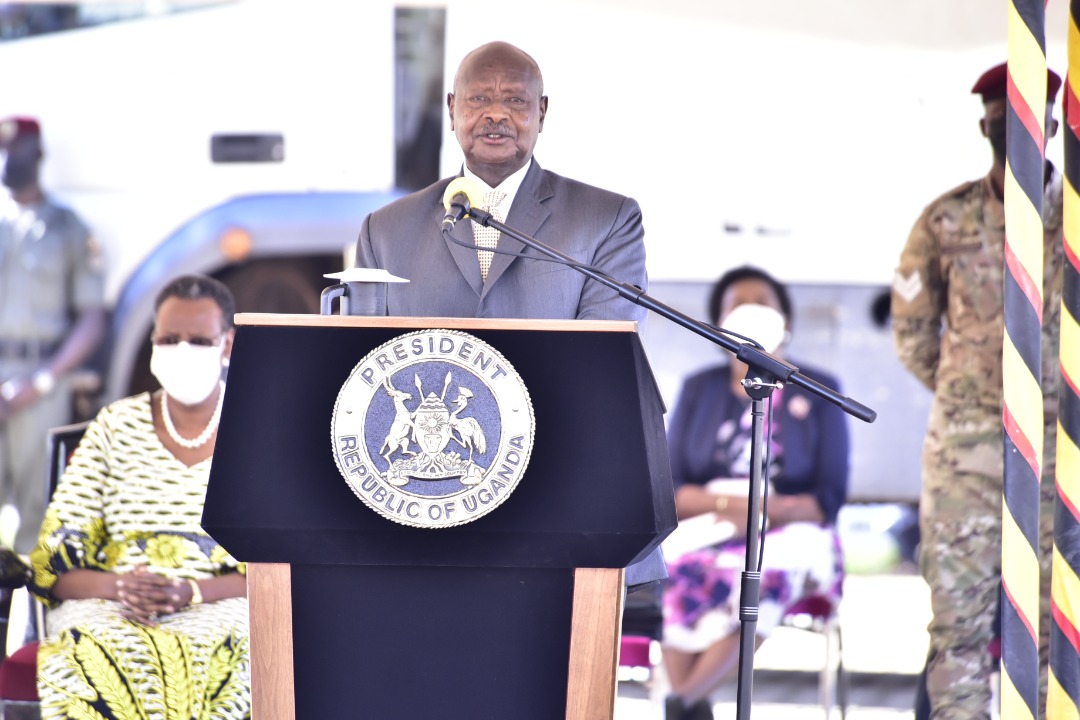 President Yoweri Museveni has tasked the incoming Prime Minister and Health Minister to ensure the absorption of doctors in the health sector.

According to the President, this will help to improve human capital development as one of the priorities highlighted in the 2021/2022 budget speech saying this will help in the fight against Covid-19.

While addressing Members of Parliament and the country after the budget speech presented by Finance State Minister-designate, Hon. Amos Lugoloobi, Museveni recommended that more than one doctor be deployed to every sub-county in Uganda.

"We should not be having patients coming from the sub-county to the district. The whole traffic of disease should be blocked there. Only referral cases should come to the Health Centre IVs," Museveni said.

He added that Uganda ought to have 84,000 doctors in the Government service for its population of 42 million.

Speaking on the eight per cent tax on fish maw, Museveni said it would be undermining the fishing sector owing to the fact that China has also imposed a tax on its fish maw imports.

"I want to write to the President of China to ask him to remove the import tax on the fish maw. Uganda can earn US$156 billion every year from this fish maw, and we can create a lot of jobs," he added.

President Museveni also vowed to crush what he termed as parasites involved the murders of prominent persons.

He tasked the incoming State Minister for Internal Affairs, Gen. David Muhoozi, to apprehend the perpetrators of these crimes whom he said were affecting the progress of wealth creation in the country.

"I do not want any more time wasted in investigations. Every vehicle and motorcycle must have a digital monitor that enables them to be centrally monitored. If you try to remove it, we shall see you and go for you," Museveni said.

He added that a forensic report presented to him by the Deputy Inspector General of Police, Gen. Paul Lokech presented partial clues that will be used to apprehend the persons involved in the attack on Gen. Katumba Wamala.

"The forensic capacity of the Police has now improved but we just respect the scene of crime. We have also used the technique of fingerprinting to establish the weapon used in the attack against Gen. Katumba, and we shall catch these people," said Museveni.