Finance Ministry yet to release money for Ebola outbreak 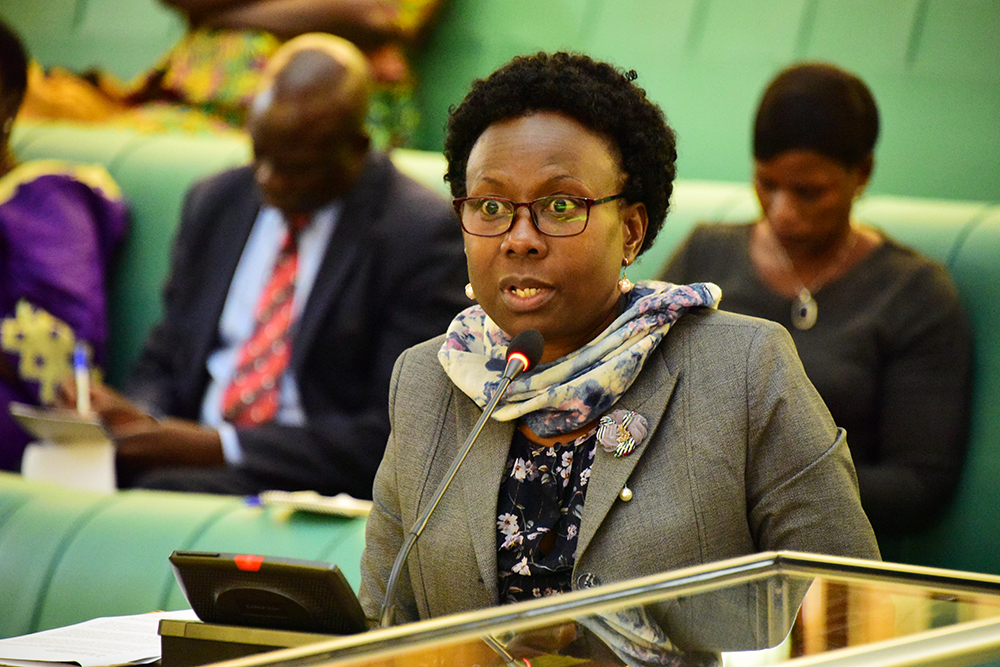 The Minister of Health, Dr Jane Ruth Aceng, stunned MPs with a revelation that they are yet to receive money from the Ministry of Finance, Planning and Economic Development to deal with the Ebola outbreak.

“Unfortunately, the Ministry of Finance has not released any funds to us to respond to Ebola…with support from partners, we managed to get US$8.8 million which we have been using,” said Aceng.

Health workers managing the outbreak, she said, have gone for four months without pay.

“We are now on a response mode, and I do not have a shilling…the health workers have not been paid for four months,” said Aceng.

Speaker Rebecca Kadaga questioned why the Ministry has not benefitted from the Contingency Fund, which is allocated in every financial year budget to address unforeseen national emergencies.

MP Rosemary Nauwat (NRM, Amudat) proposed a closure of the border to regulate Congolese citizens crossing into the country, who are the cause of the epidemic.

“Why can’t we for some time also try to control those movements and crossings into the country as we try to manage the outbreak,” said Nauwat.

MP Hood Katuramu (NRM, PWD) said the health ministry needs to engage with the World Health Organisation (WHO) and apprise them of the progress made in managing the outbreak to ensure Ugandans are not stigmatised when travelling abroad.

Aceng said whereas there has been no new infection recorded since the three recorded from the onset of the outbreak, 20 districts including Kampala are being watched by a national committee managing the outbreak.

“The high risk districts are 20 and include Kampala; we have a team to review the situation,” said Aceng.

Minister Aceng heaped blame on the Democratic Republic of Congo, whose officials, she said, have been dragging their feet on signing of a key memorandum of understanding on how to manage the epidemic.

During the reading of the budget last week, President Yoweri Museveni blamed the DRC government for “preserving Ebola”, but said Uganda has capacity to contain the outbreak.